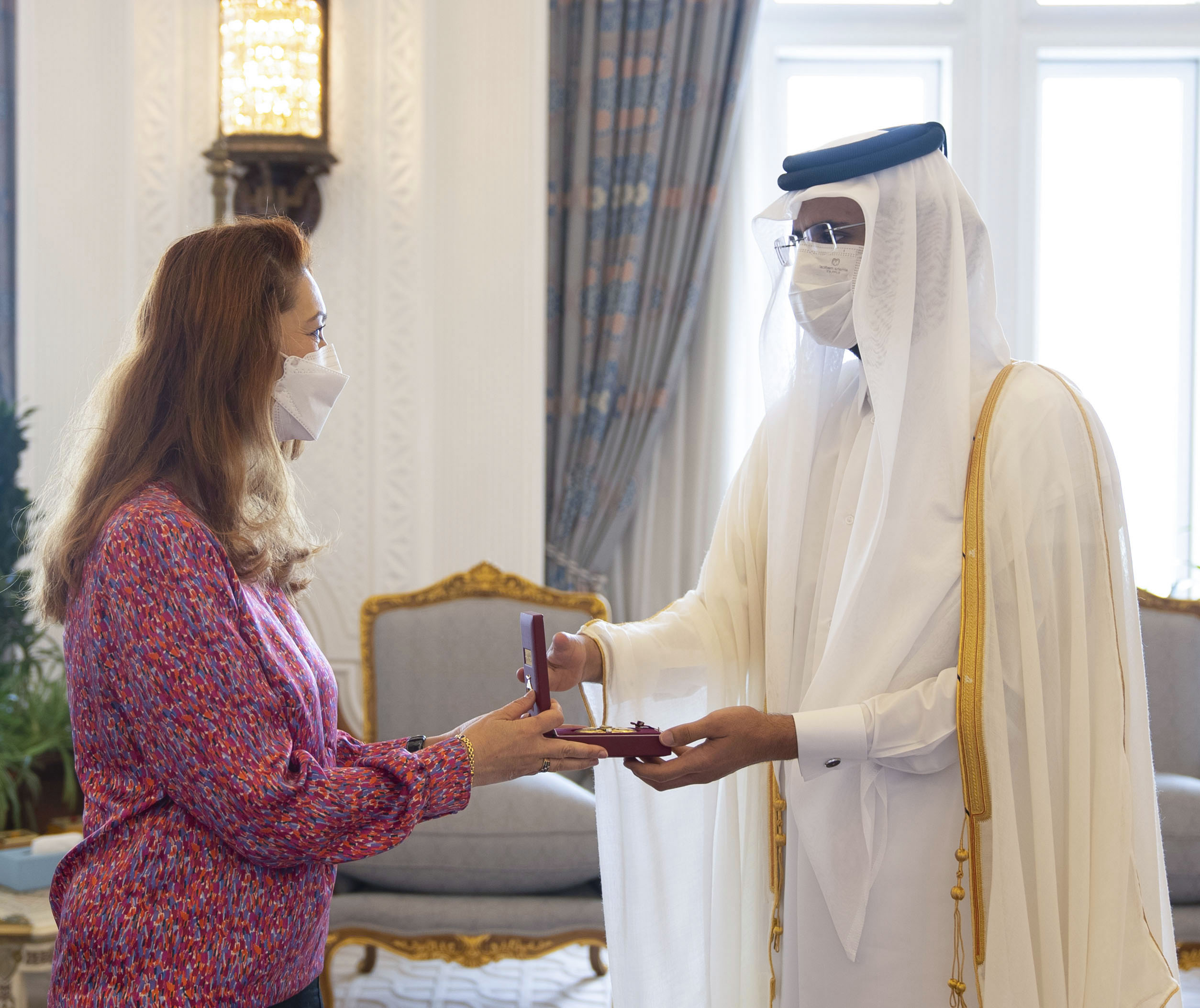 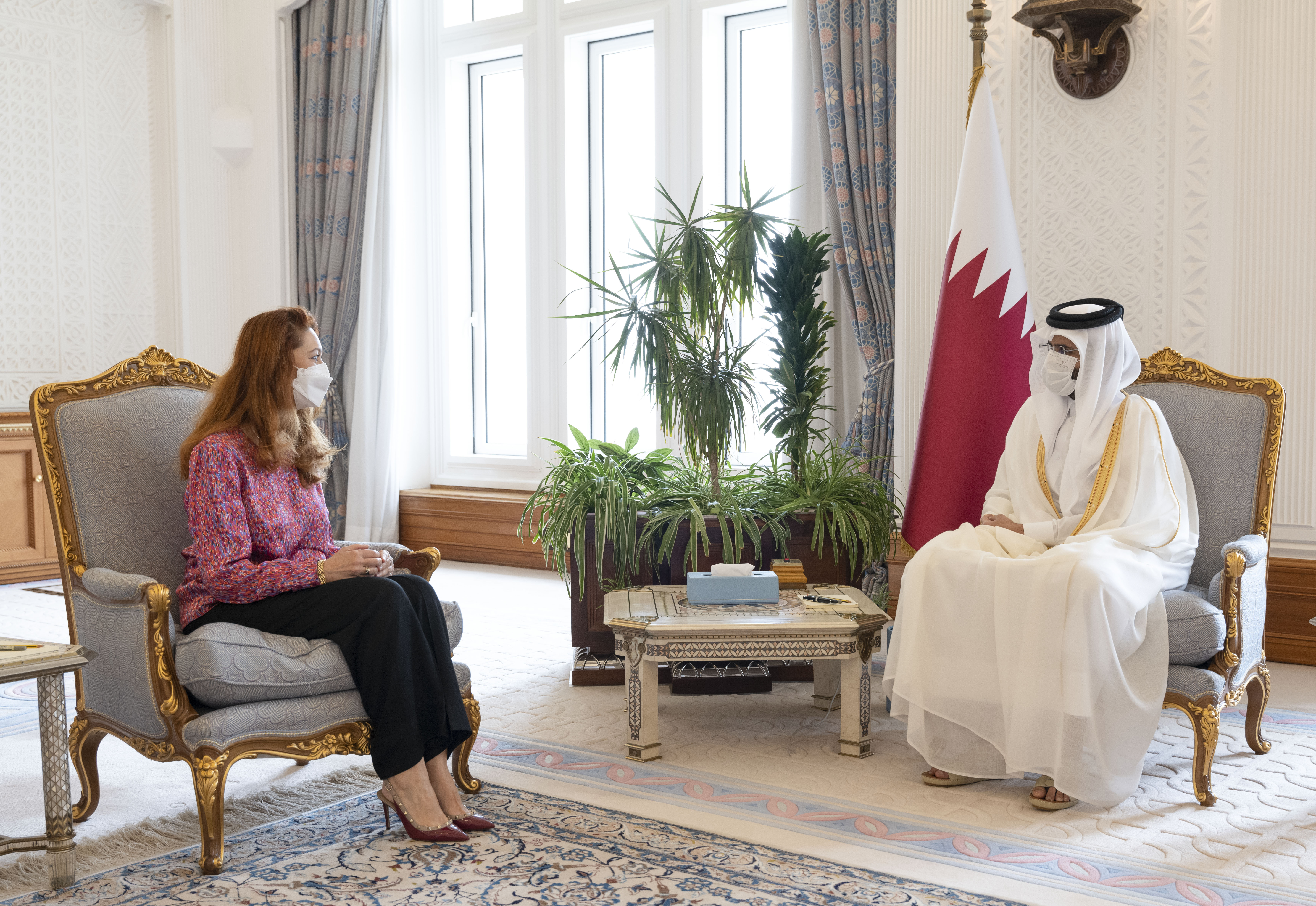 His Highness The Deputy Amir Sheikh Abdullah bin Hamad Al Thani received this morning in his office at the Amiri Diwan, HE Ambassador of the Kingdom of Spain to the State of Qatar Maria Belen Alfaro Hernandez to greet His Highness on the occasion of the end of her tenure in the country.

HH The Deputy Amir granted Al Wajbah Decoration to HE the Ambassador in appreciation of her role in contributing to enhancing bilateral relations, wishing her success in her future missions and the relations between the two countries further progress and prosperity.

For her part, HE the Ambassador expressed her thanks and appreciation to HH The Amir, HH The Deputy Amir and the State officials for the cooperation she received that contributed to the success of her work in the country.